The Sab Squad Celebrates One Year Since Stem Cell Transplant

Weyburn's own Sabrina Mainil, daughter of Dale and Deana Mainil, is now one full year out from a successful stem cell transplant surgery.

Diagnosed in July of 2020 with chronic myeloid leukemia, it was a relief to know it was 'treatable with a pill'.

"Fast forward to October 28th," said Mainil. "They found out that my cancer had progressed to acute lymphocytic leukemia, which is basically a much more aggressive, faster acting type of leukemia."

"They had to admit me that day to the hospital, which was kind of crazy, because I was like one day doing my masters from home, obviously because of COVID, and then the next day, I was in a hospital about to get chemo. So it was like a really fast and abrupt transition."

Sabrina was in the hospital for 50 days following that admission for induction chemotherapy.

"They basically wiped my whole system, all my immunity out, all my blood numbers dropped to zero, so that they basically wipe out the healthy and the bad, to try and get rid of that cancer as fast as they could, because leukemia is a cancer of the blood."

She said her blood had had around 70 per cent blast cells, "Which are like the cancerous, fast, aggressive cells. So yeah, I was not in very good shape."

After being discharged in time to go home for Christmas, it was time to replace her immune system with a stem cell transplant.

"They were kind of preparing, doing lots of tests to make sure I was healthy enough like they would do breathing tests, like heart tests, echocardiograms, and just like crazy blood work and everything to make sure I was okay to go forward with a stem cell transplant, which happened on January 14th of 2021, and we just celebrated the anniversary of a few days ago, which was pretty exciting."

Not only did Sabrina's two brothers, Davin Mainil and Joshua Mainil, and her sister, Ambria Ochitwa, get tested to see who could donate their stem cells to Sabrina, it turned out that Ambria was a 100 per cent match.

Ambria described her experience with the aphereses machine at the Royal University Hospital in Sasktoon on January 4th, 2021, as "giving blood for a really long time".

"So it spins my blood in a machine really, really fast and it's spinning so fast the weight of my blood splits into levels and so they can actually pinpoint the stem cells 'because they're a separate weight," explained Ochitwa. "Then they can just take out my stem cells and then they put the rest of the blood back into me and my other arm. So I was hooked up for five hours and then they took out that, they then froze and prepared it for Sabrina to receive 10 days after that."

"It used to be that you had to actually extract the stem cells from your bone and so, you would be staying in the hospital and they would have to actually do surgery into your bone marrow, but I had to take injections five days before they took out my stem cells, and so that was the only thing, I had to stop breastfeeding my daughter just because of the injections."

She said she also needed calcium top-offs and the symptoms included numb lips and tongue.

"I was exhausted for maybe about five days after, but I thankfully had my parents living with me, so I had lots of support and I could take lots of naps even with my even with my little baby. She was seven months at the time, and so she's a year just over a year and a half now," told Ochitwa. "And I actually just had another baby just in November, which was really special because Sabrina got to join me in the hospital."

"It was kind of crazy, because a year before that, I was visiting her in the hospital for chemo. So it was really special that she got to be in the hospital with me while I gave birth to my second daughter."

"We have so much to be grateful for," expressed Sabrina. "Every single moment that you have, like you just appreciate it so much more, being able to be there. It was amazing to see my sister be able to bring new life into the world. It's just so awesome."

"It's just been so amazing. Obviously it's been tough too, like it's just kind of a rollercoaster of emotions sometimes, because you have been through so much and like looking back at how much has happened in just a year. It's just kind of wild, but it's just amazing to have done it with all my family," shared Sabrina.

She said she couldn't have done it without, "The Sab Squad," her family and other supporters. "They are all there for me."

"I can't speak highly enough about the doctors, nurses, social workers, pharmacists, like everybody I've met through the process, has just been so amazing."

The two sisters, who are five and a half years apart in age, have grown even closer together through it all.

"I visit the Cancer Center here in Saskatoon, and I live here, too, and my sister lives here as well. We live like five minutes apart, so I'm basically always over at her house. She can't get rid of me now."

"You know it's great, she helps me babysit and cleans my house," noted Ambria.

While the first 100 days following the transplant are the most critical for knowing if it was a success, she was told to not work for a full year.

"I was only two months into my Masters [degree program] when I got diagnosed with acute lymphocytic leukemia," explained Mainil. "So I took a leave of absence, not sure what was going to happen. They basically told me after I was admitted, right away, that I'd have to take a leave, that I wouldn't really be able to do much for a year, which sounded crazy at the time, because how is it going to take a year to get better? Like I didn't really understand anything about the process, or even that a stem cell transplant was part of my treatment."

She said she did end up withdrawing from her Masters program, and will look into finding work now that it has been a full year.

"I'm not really sure what my future holds for me," she shared. "It feels like a lot of changes have happened so I'm just kind of playing it by ear and hopefully I'll find something."

"Everything kind of went well for me and has been continuing to go well. So, everything went above and beyond our expectations, and was really thanks to so much good support. I feel like it was a lot of prayers and just everybody looking out for us." 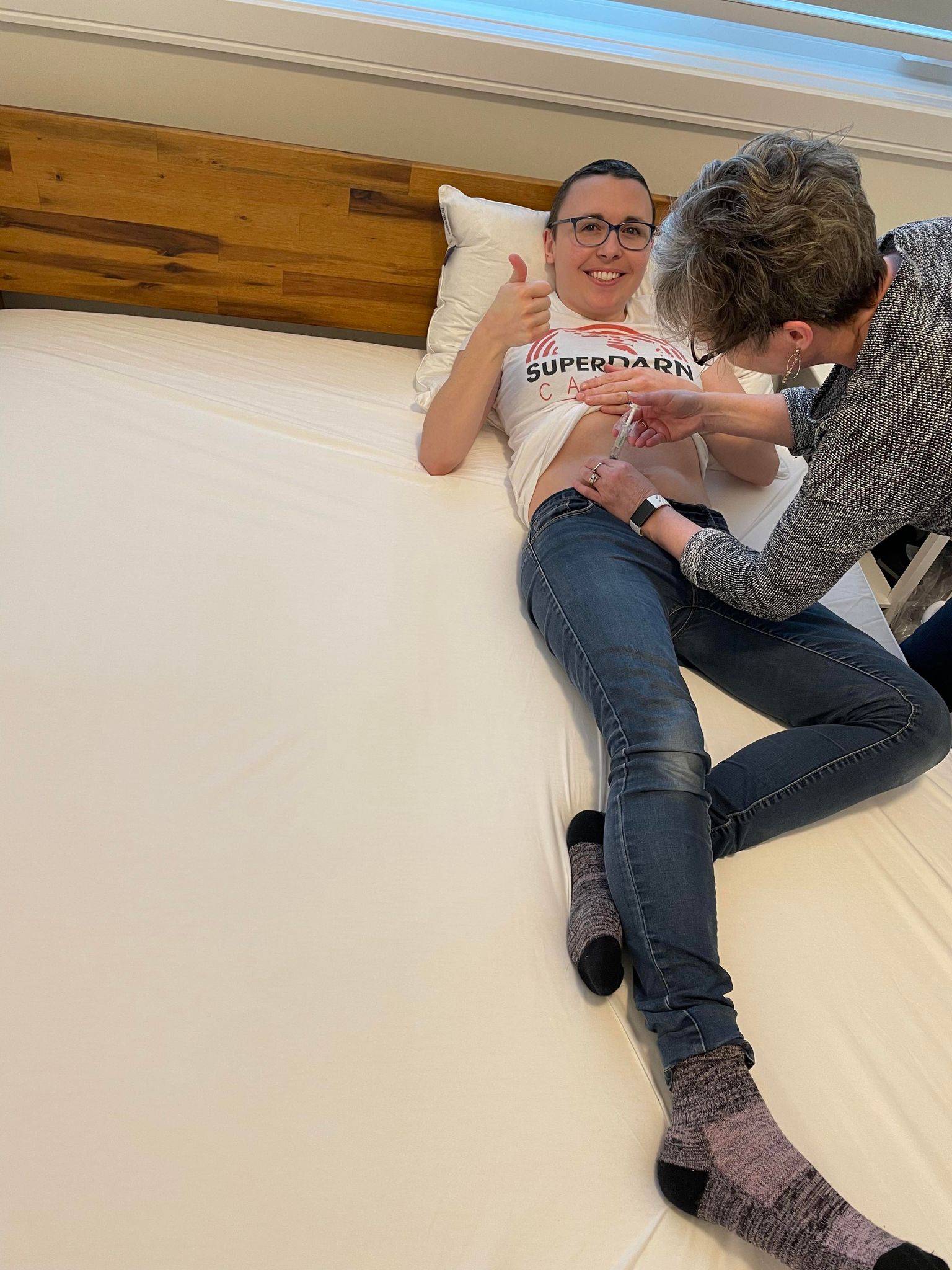 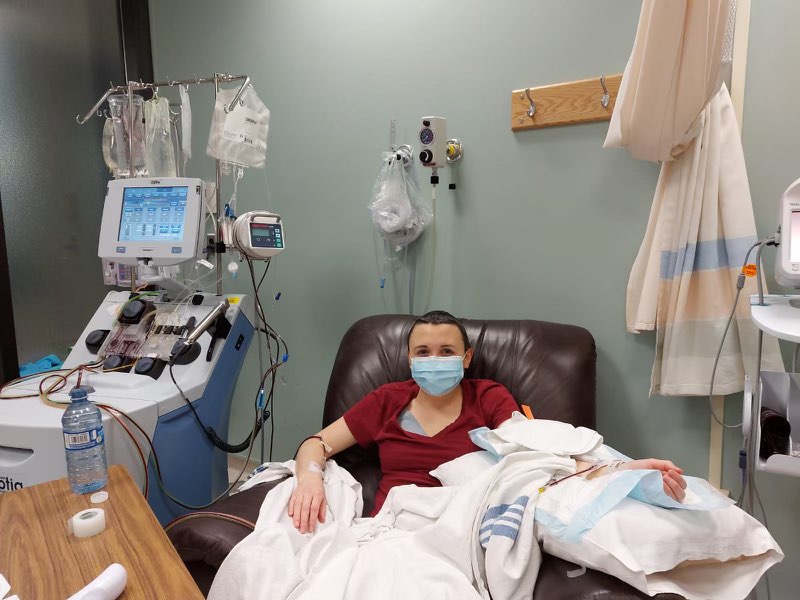 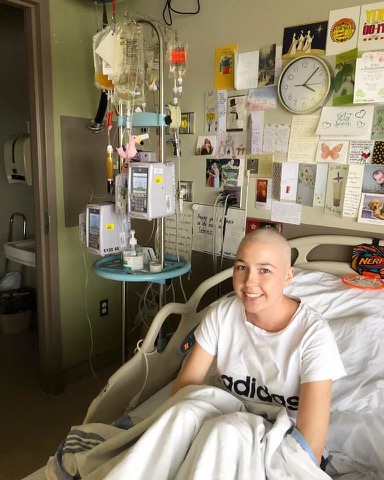 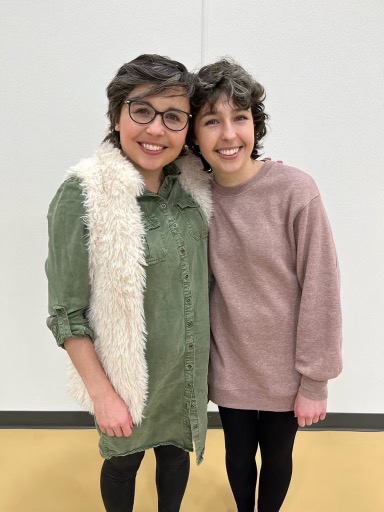 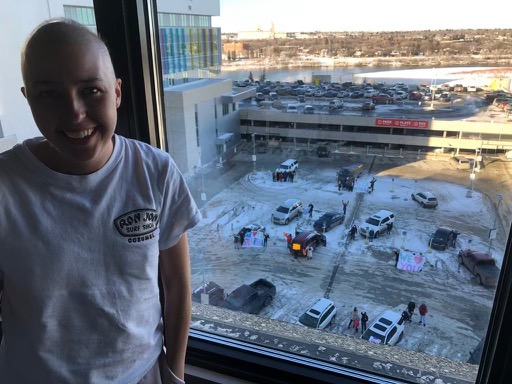 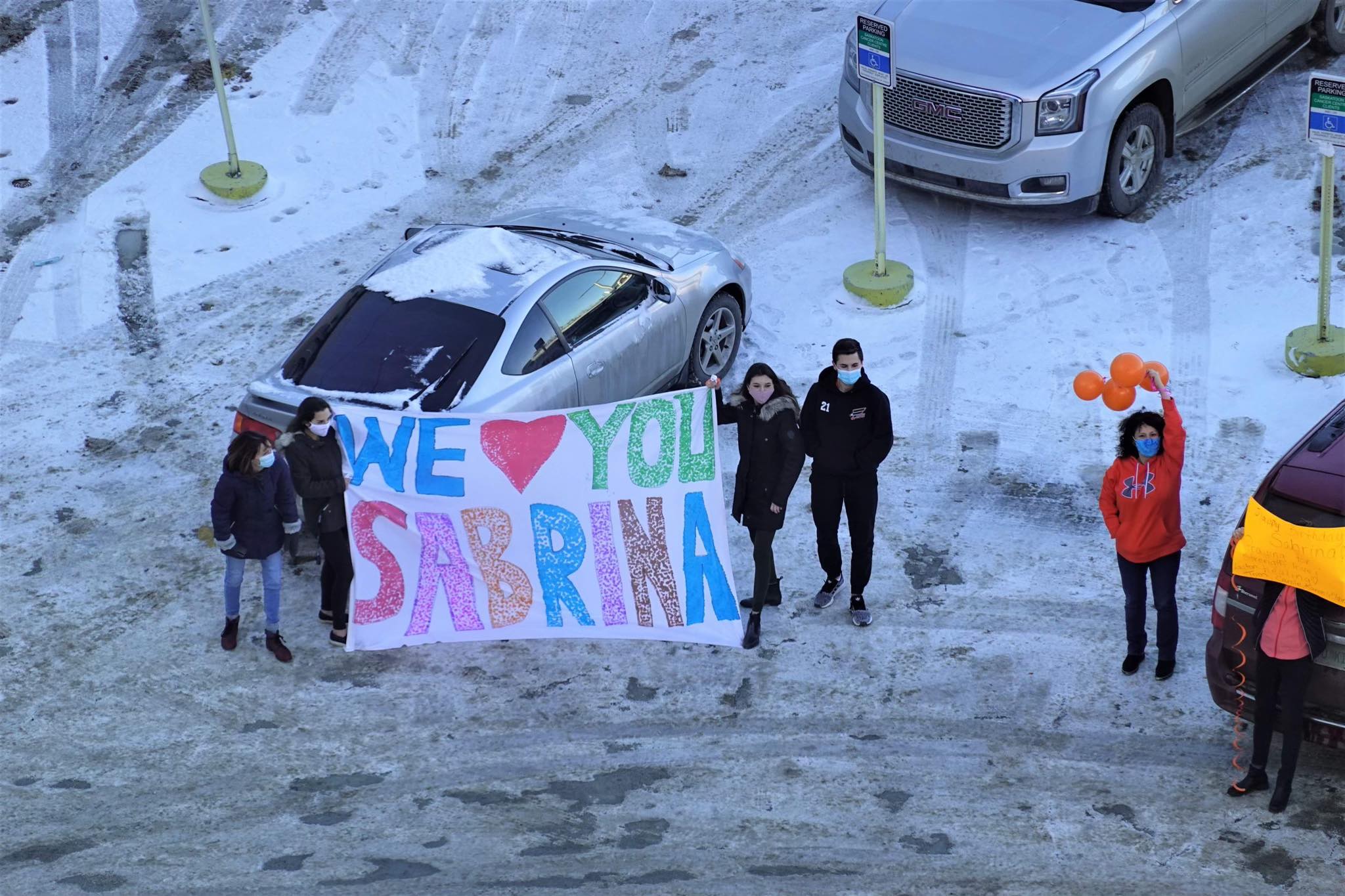 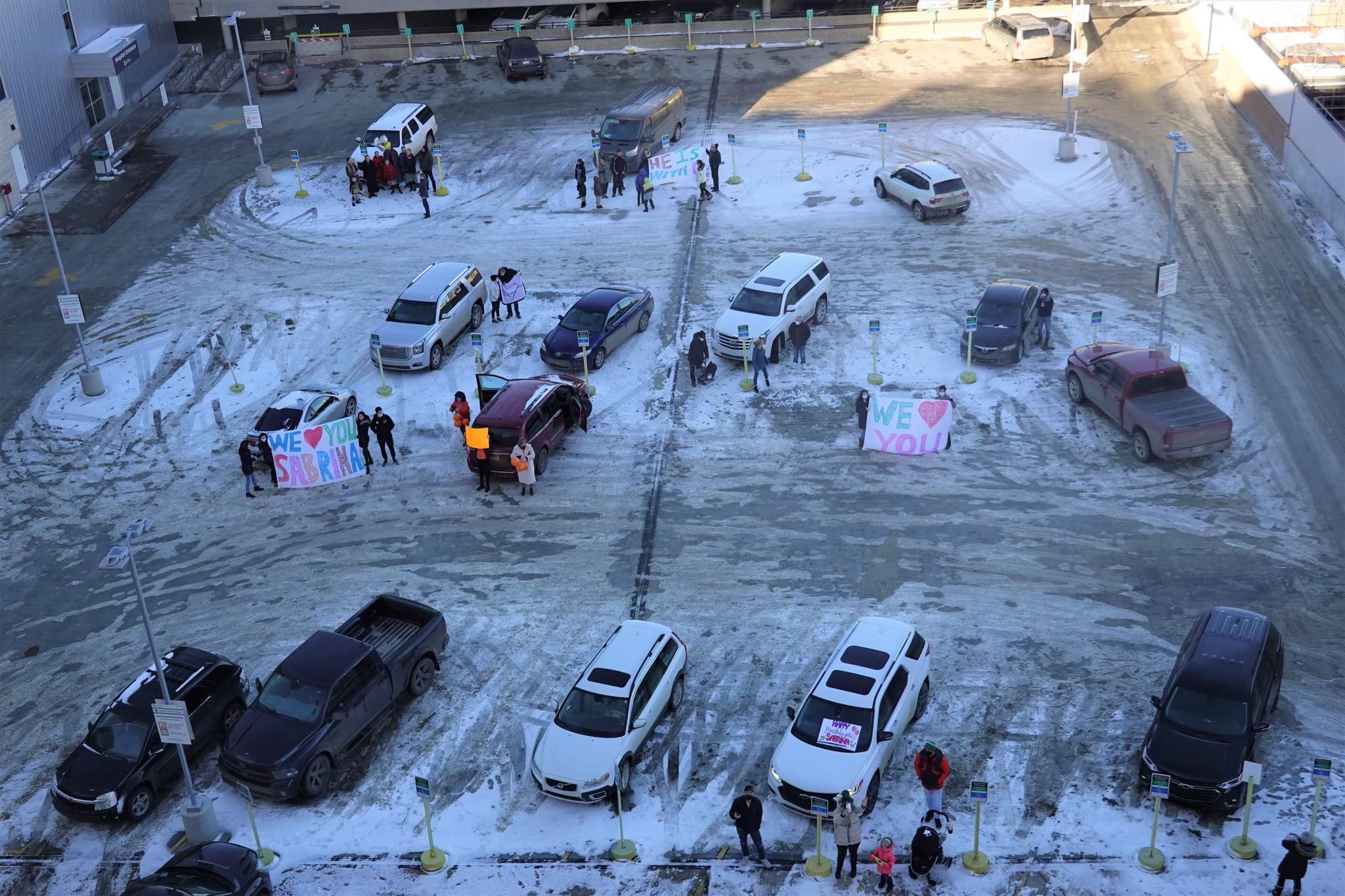 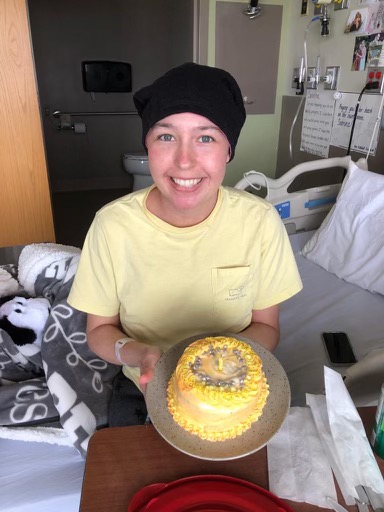 New CEO coming in at SGI

Slightly cooler start to long weekend, but warmer temps on the way

18U Beavers led by Oxelgren, Mallory and Watt in road wins Saturday