Make a difference in your community!

The City is looking for board and committee members Apply here by Dec. 5

On Nov. 30, 16th St will be closed between Railway Ave. and East Ave. Read More

Party with us over the holidays!

Dan Cugnet of Weyburn, at age 44, has released his first album of songs.

From, 'Outlaw Buckers and Oil Kings', to, 'Welcome to the Ryman', Cugnet's songs pay homage to not only what he knows about, here in oil country and on the farm, it also tips the hat to the Nashville roots of country music.

Cugnet said music has always been part of who he is.

"There was great music teachers in Weyburn here, and I was lucky enough to have the June Barbers and the Gloria Millers, and I learned theory from Helen Davidson," he name-dropped. "And there was times I really liked playing piano. And then there's times that I didn't."

He said the rest became history once he picked up a guitar.

"At this point, it's kind of just like I've created it, and it's out there, and just seeing where it goes," Cugnet said of the album, which found its sound thanks to the help of Producer Bart McKay, who used to play keyboards with the Johner Brothers.

It's not a path he thought he'd be taking.

"Three years ago it wasn't like, 'oh, this is on my bucket list and this is what I got to do'. I was just gonna go record a few songs with him, with just me singing with a guitar, to have them for like my kids and grandkids. And then he was the one that said, like I'm not trying to upsell you, but we actually probably can do more with this if you want to. And it just evolved from there, which has been really cool because this wasn't, when it started, where I thought it was going."

Given his love of many different musical genres, it may be surprising for some that Cugnet chose to do country songs. However, it was his late father, Kenney, who influenced his love of the good ol' country sound.

"It's not gonna be for everybody. I mean, music is very subjective. Hopefully some people that find it, and enjoy it," he expressed. "It's bizarre to me, because it wasn't like, initially this is what I've set out to do. It just started to kind of come that way and then became a little bit more. It's just what's coming out right now."

He said he started writing songs while he was working on his masters degree. And, while some of the songs on the album came from ideas he worked through for a time, Cugnet said many of the songs seemed to write themselves, or evolve from the process of working with McKay.

All 10 original songs feature professional musicians. In fact, several recorded their parts from Nashville, Tenessee, which is apropos given one of the songs is about the Ryman Theatre.

Once it was decided he would write more songs, Cugnet had posed the question, "Why isn't there a song about the Ryman Theater? It's 130 years old and the history of it's amazing and people talk about the Grand Ol' Opry and all this other stuff, but it's like why, all these people in Nashville, and nobody wrote a song about the Ryman Theater? Maybe there's one that I'm not aware of, but it's like this building's got a cool story."

Saying the whole experience has been surprising, Cugnet shared about how hearing the songs in their produced glory stirred up an emotional response for him, because his songs 'grew up' in the process.

"I'm proud of it and that I did it, but the thing that's been kind of really enlightening too, is it's like there's been a real sort of humility in this that I didn't expect at all. When you start with something or a song sort of writes itself a bit. You know, where did that come from? It's somewhere, obviously in there, and it is humbling because it's like, man, I didn't know it was there." 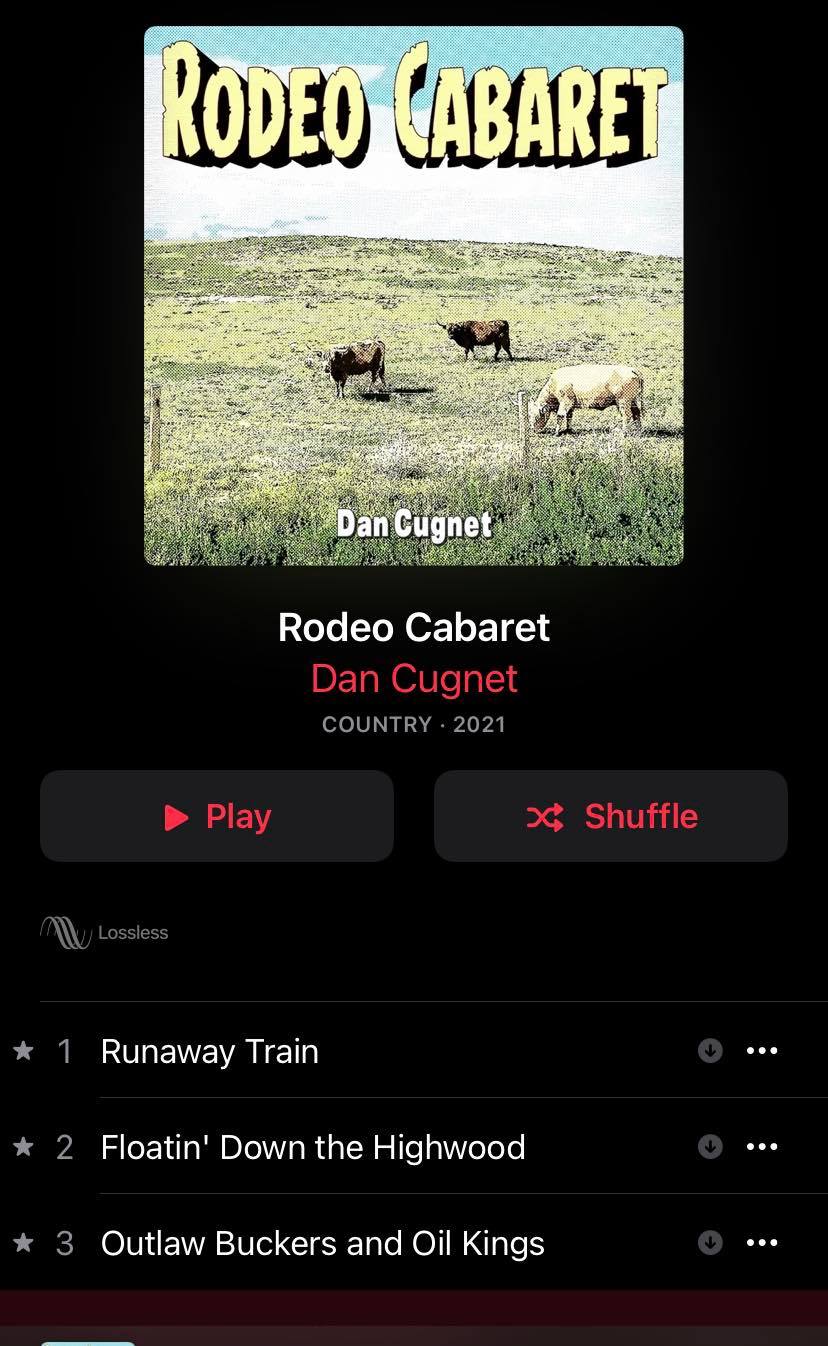 Dramatic Swings in Weather Conditions Ahead

City of Weyburn now accepting applications for 2023 boards and committees

Bundle up: cold weather is here, including risk of frostbite

It's Hockey Day in Weyburn this Saturday!

[VIDEO]: Great turnout for Parade of Lights in spite of snow

What to expect on southeast highways after last night's snowfall