The Richardson Pioneer Weyburn Red Wings held their Calcutta Shootout Saturday night after the game against the Flin Flon Bombers.

The event was enjoyed by the fans, and after a gruelling series of breakaways to determine tiebreakers, goaltender Jackson Fellner was the winner after he stonewalled the four shooters who had made it to the finals: Matthew Reidy, Ethan Clements, Nick Kovacs and Ty Mason.

The event saw all the players on the team taking part, as well as the coaches and play-by-play broadcaster.

Fans had the opportunity to bid on shooters for the week leading up to the shootout. A portion of the proceeds goes to the Red Wings Education Fund.

All photos courtesy Portrayed by PW. Video by Steven Wilson. 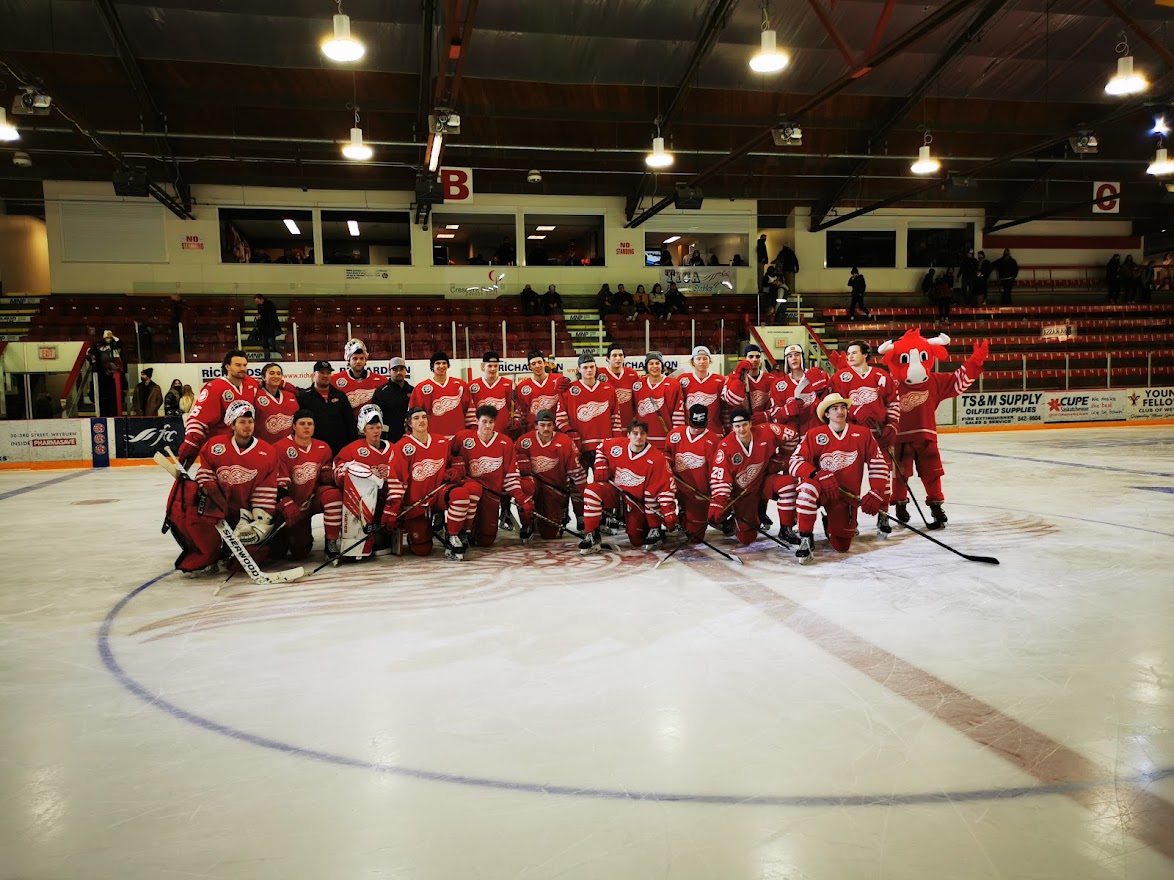 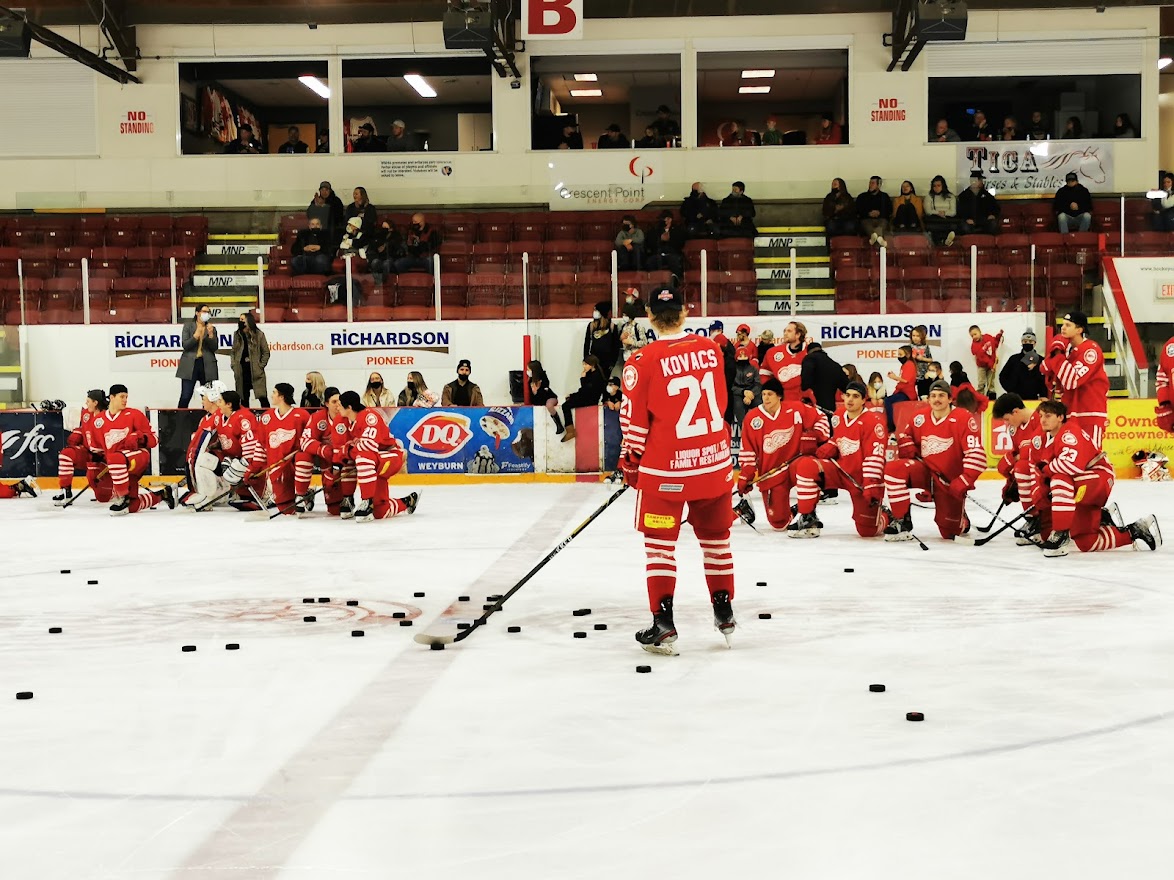 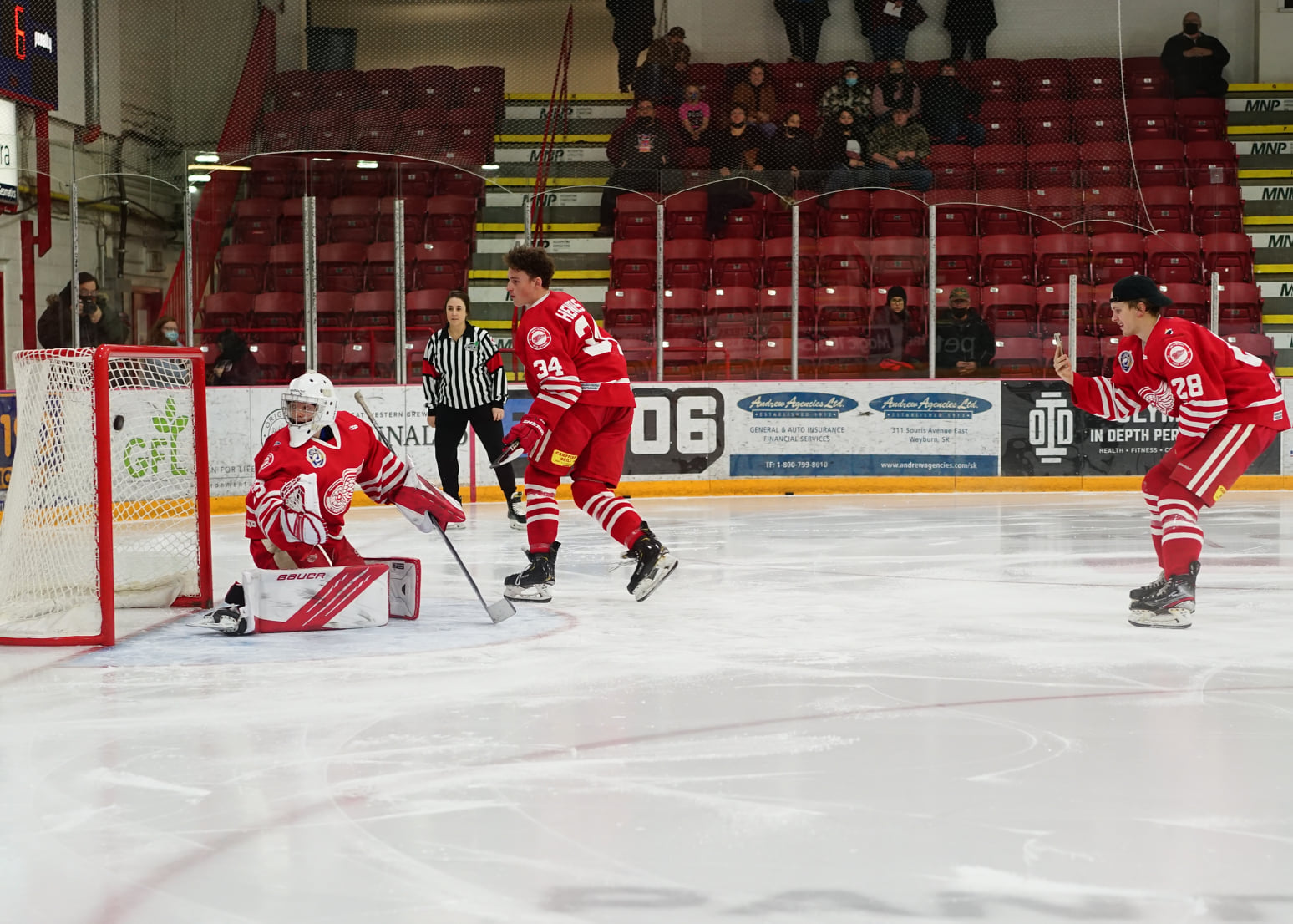 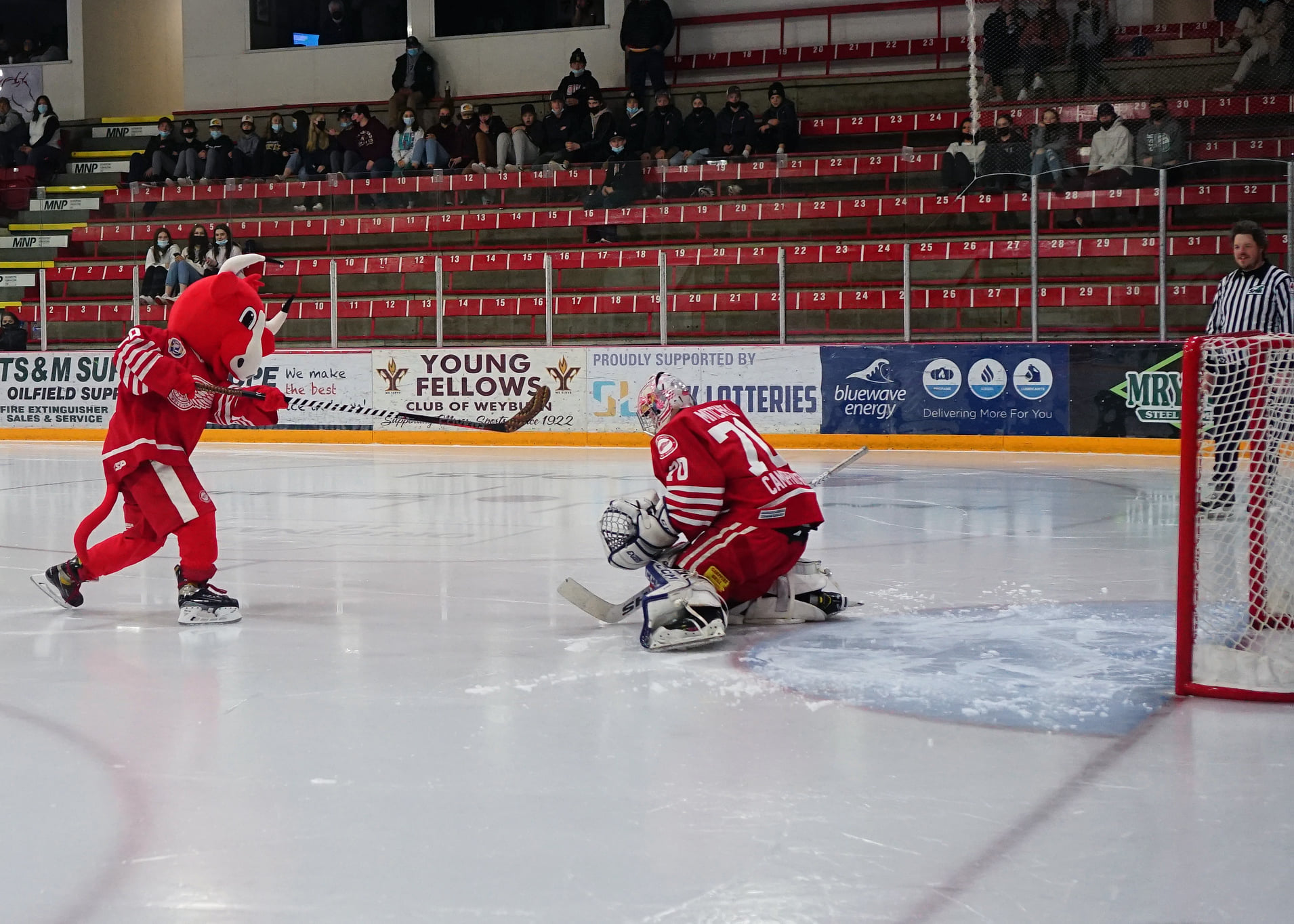 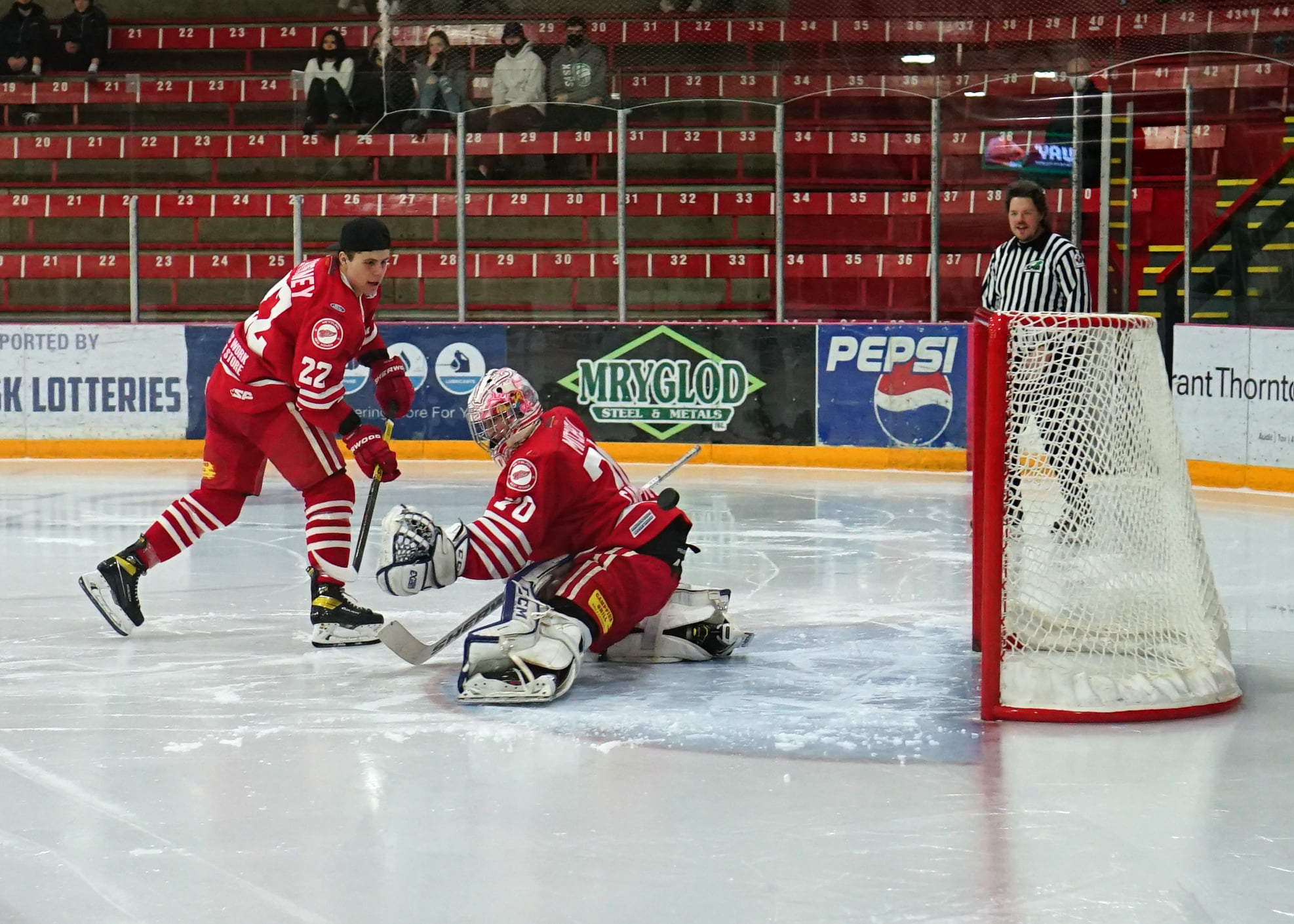 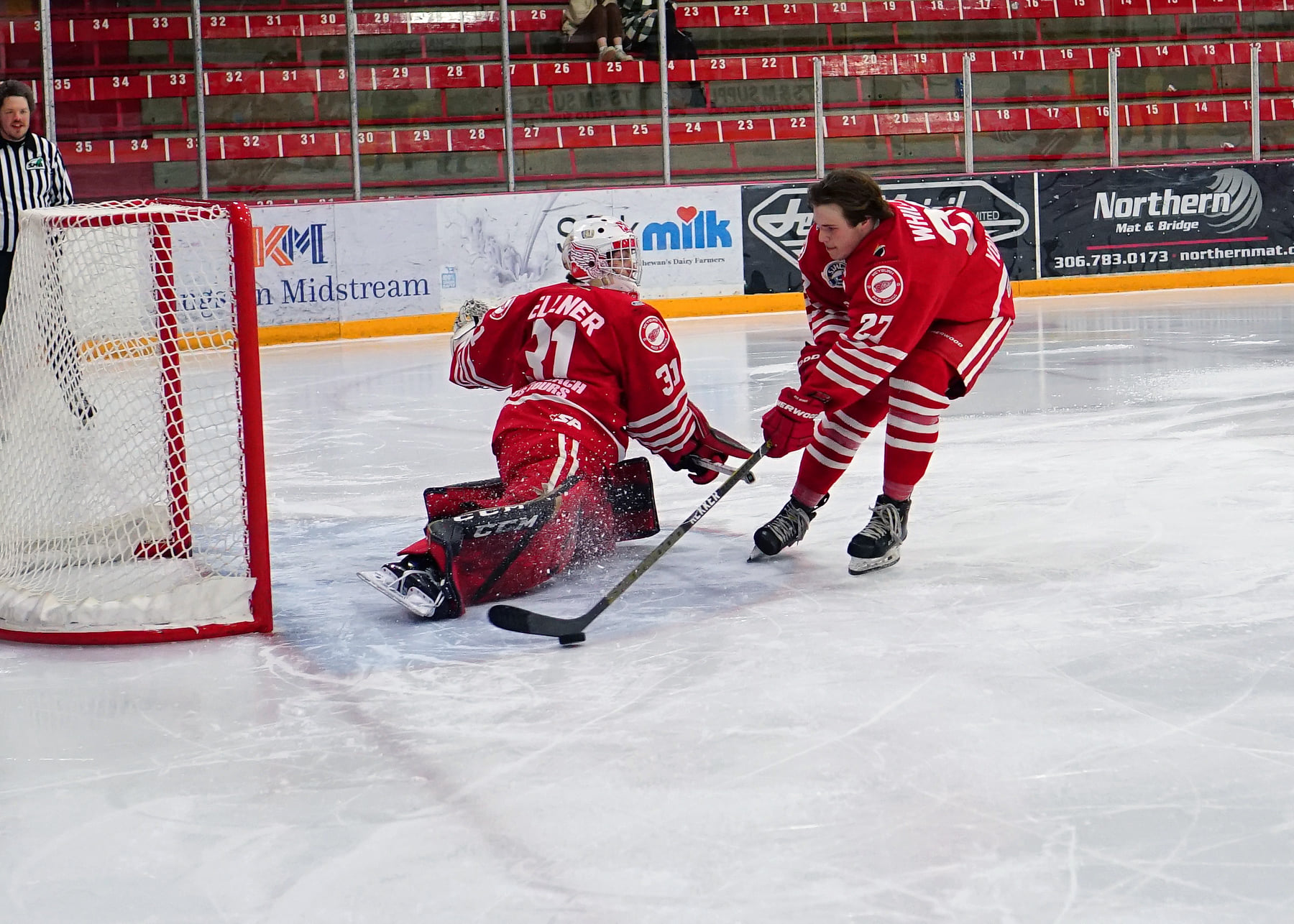 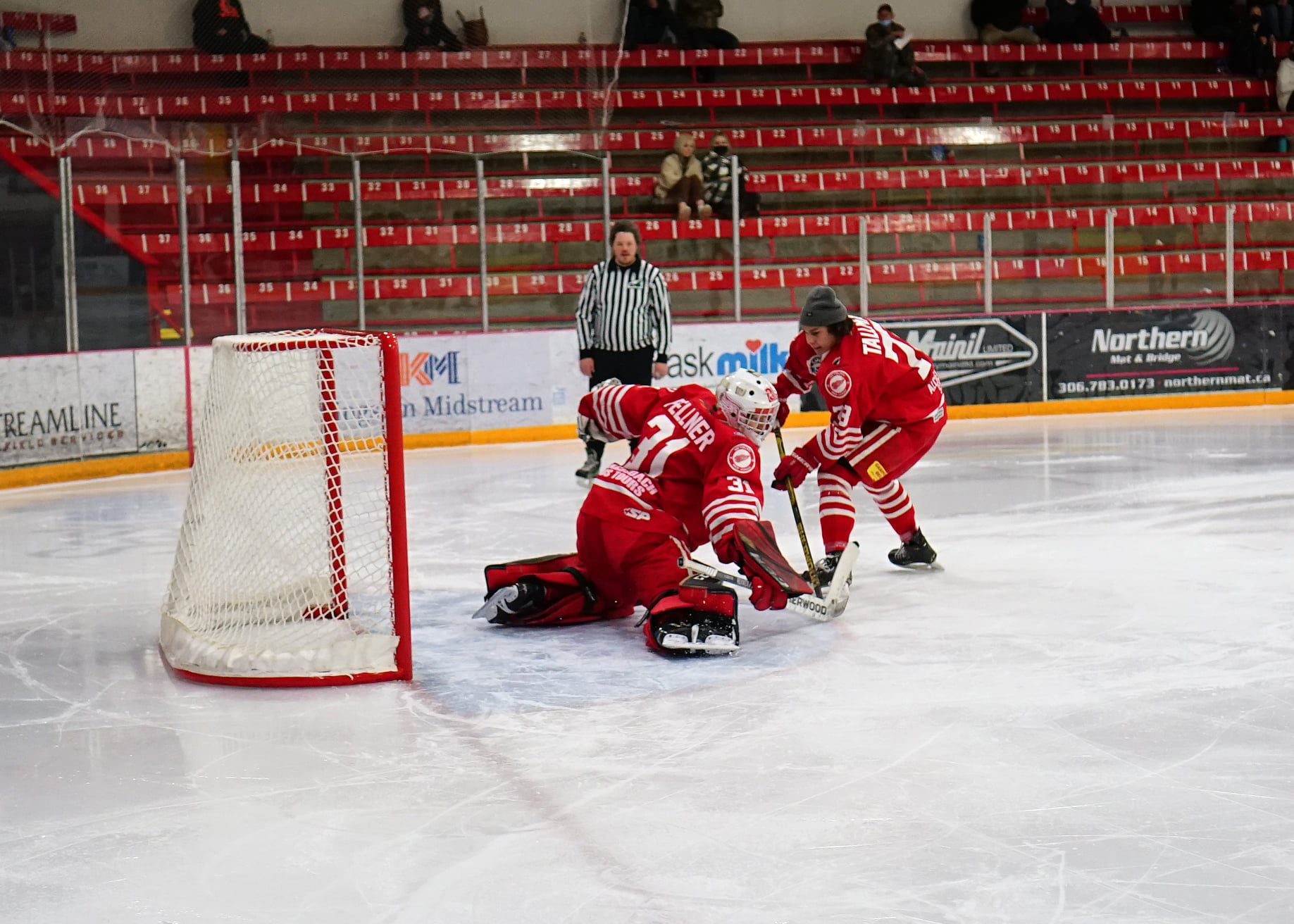 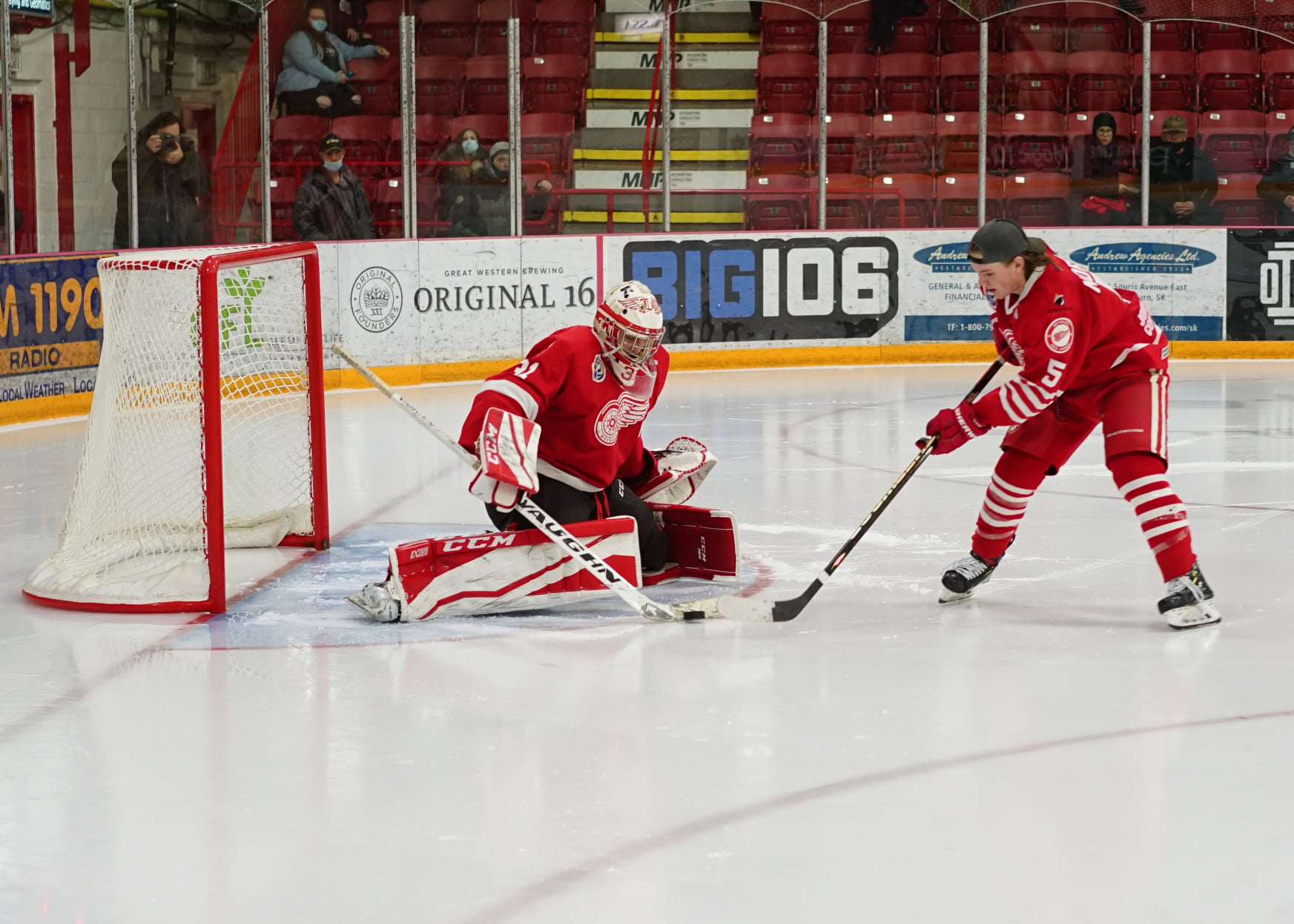 Busy weekend coming up for the Red Wings

Red Wings Shown Up At Showcase